Safenet Services Hosts “What Doesn’t Kill Me”: A Documentary on Domestic Violence 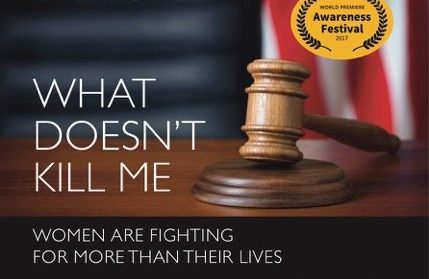 “What Doesn’t Kill Me” is presented by Safenet Services, Inc in recognition of October as Domestic Violence Awareness Month. The showing will play on Tuesday, October 30th at the Will Rogers Memorial from 5:30-7:30pm. This is a free event with hors d’oeuvres. Please RSVP so we can have an accurate head count. Below is more information on the documentary. To RSVP, please click here.

Every day, 5 million children in the U.S. experience domestic violence, either as witnesses or victims. Due to a horrific system that favors abusive fathers, a shocking number of mothers who seek to protect their children (and themselves) end up losing them. Most Americans are unaware that an abusive father, who contests custody from a protective mother, will win 70 percent of the time. This bold and provocative film is a long overdue exploration into why the most powerful country in the world is not protecting its most vulnerable mothers and children and thus enabling generations of abusers to continue their abuse.

Along with intimate personal stories, family revelations with hard hitting facts and frank discussions on the child custody issue with feminists, lawyers, judges and domestic violence experts we follow the indomitable 86-year-old Charlotta Harrison, a survivors’ advocate who herself survived a 60-year abusive marriage. She speaks hauntingly about the pressures and fears that make it so difficult for women in danger to leave. With Charlotta, we meet women and children who have been separated, silenced, and pushed to extreme methods of escape—and who are fighting back.

​This sensitive film by British film maker Rachel Meyrick tells the story of the women and children who are fighting back against a court system biased toward male privilege and wealth. WHAT DOESN’T KILL ME exposes a national travesty compared by some to the Catholic Church scandal. A timely film for America; where radical misogyny is being exposed even in the highest offices and institutions in the country. For more information, visit www.whatdoesntkillme.com.